The most common bash commands I use in web development

In a previous post I explained how to install Ubuntu Linux on an empty hard drive. Now that you have Linux in your machine, the next logical step is to learn how to operate the terminal.

To find your terminal click on the Show Applications icon and type the word “terminal” in the search box. Then, click on the terminal icon, similar to the one below: 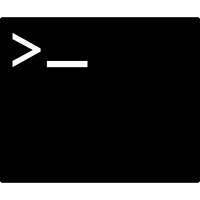 Tip: you may want to right-click on the terminal icon and choose “Add To Favorites”, to pin it to the task bar, since you’re going to be using it often.

Unlike a GUI like Windows or Ubuntu’s Gnome shell, which let you open files by double-clicking on icons or execute commands by choosing from a menu of options, the terminal lets you interact with your computer by typing commands. When we refer to the terminal we’re really talking about a terminal emulator. A terminal emulator is a graphical representation of a terminal. This means that you will be able to harness all the power of an actual terminal, with the added benefit of several useful features like Cut and Paste, Find, and the ability to customize colors and fonts. The terminal emulator that comes with Ubuntu is the GNOME terminal.

Besides a text editor, the terminal is where you, as a web developer, will spend most of your time, so in this post I am going to show you some basic Linux commands. There are thousands or Linux commands, but the ones that I will mention below are what I find myself using more than 90% of the time.

Note: You don’t need to type the $ before the command (that’s the default command line prompt):

List folders and files under the current folder-long format:

List folders and files, including hidden ones (hidden files and folders are always preceded by a dot):

List folders and files combining the -l and the -a flags:

Move up one directory level (indicated by the two dots):

Move up to the HOME directory:

Output the full contents of a file to the console:

Open a file called hello.txt with the built-in Nano text editor (to save changes type Control X and say YES):

Move hi.txt to the /documents folder:

Move hi.txt back to its original folder:

Move hi.txt to the /documents folder and rename it hello.txt:

Rename the documents folder as docs:

Copy a folder (with all its contents) into another folder. We need to use the -r (recursive) flag:

Remove the docs folder and all its contents. We need to use the -r (recursive) flag:

Create nested folders. You need to use the -p flag:

Output the username of the user currently logged in:

See if a program is installed. It will give you the path to the program, if it is installed (for example, typing which node will probably give you: usr/bin/node):

Check which version of a program you are running (let’s use node as an example):

Look for server information of a website (replace with a real domain name):

Look for the IP Address and response time for a domain:

Fetch the HTTP headers of a website: (replace with a real URL)

Fetch the full HTML code of a web page:

Send the HTML of a web page to an HTML file:

Get registration information of a domain name: (replace with a real domain name)

Get a file (in this case a pdf file from the web):

Find a file (you can use the -iname flag to make it case insensitive):

Get a tree structure of the current directory (you can use the -d flag to list only directories, not files):

Get the id of the current user (including group id):

If you want to dig deeper, just do a Google search for useful linux terminal commands and you will find how powerful and versatile the terminal can be.