I wanted a simple web page to show today’s date, moon phase and percentage illumination, plus a nice picture of the moon. 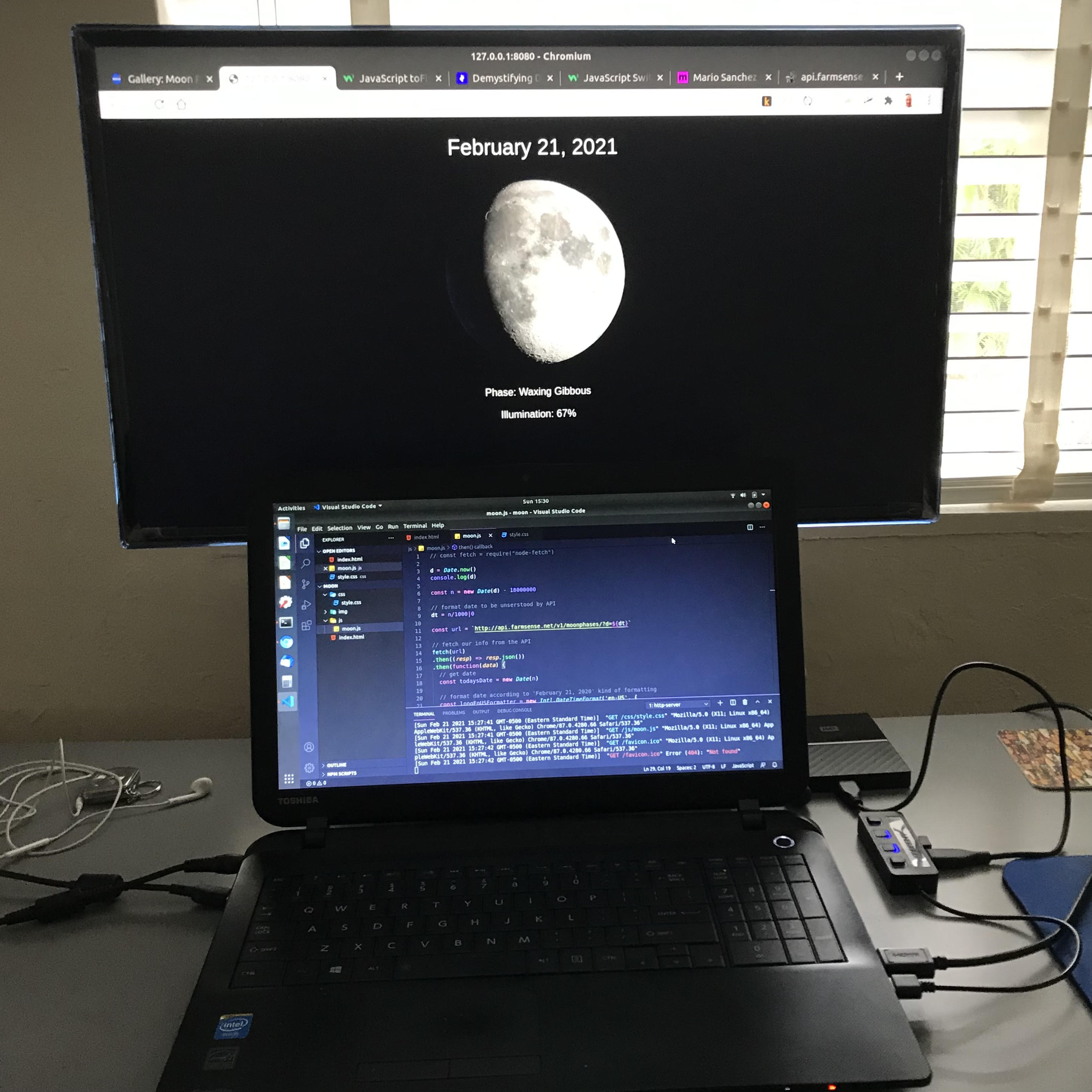 My first step was to find an API that I could call to retrieve today’s moon phase and illumination. After some research I found the Farmsense moon phase API. The API accepts a date as a parameter, formatted in milliseconds (Unix Time), but only takes the first ten digits.

One problem with Unix time is that it’s in UTC-Coordinated Universal Time. To change it to Eastern Standard Time I had to subtract five hours in milliseconds from the current UTC time. I then pass the first ten digits of that value to the API’s end point url.

Next, I made an AJAX call using the fetch API and transformed the response to JSON format to be able to use it.

Then, it was just matter of pulling the info we wanted to display from the response, and asigning it to the appropriate div in the index.html file via document.getElementById statements.

Since I wanted to show nice pictures of the moon instead of run-off-the-mill icons, I went to NASA’s website and downloaded their moon pictures (which is allowed for educational purposes).

To match the moon phase pulled from the Farmsense API to the right moon phase picture I used a simple switch statement.

You can see the app in action here: